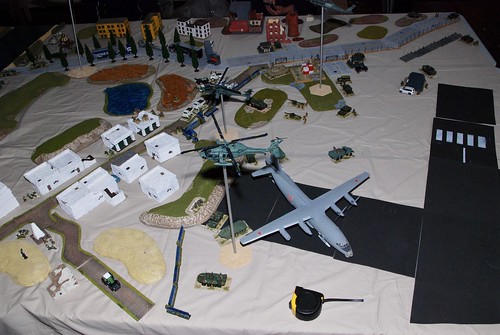 A small selection from December’s big game of Medic, Medic! can be found on Flickr.

Thanks to Pete for putting the scenario together and for everyone who participated. I believe every force commander claimed their objectives had been achieved, even the Iranian Revolutionary Guard who were thwarted in their attempt to secure some much needed Russian equipment! And not once did any of the UN forces cry out “Medic, Medic!”, even when the US cobra was downed. 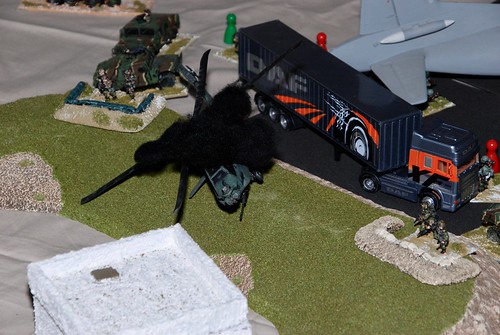